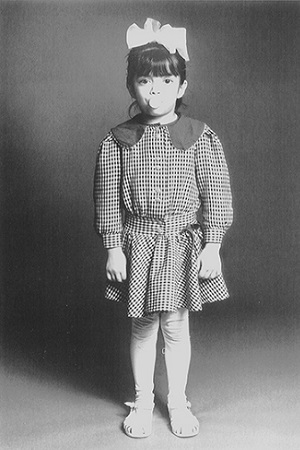 The WOLKENTHEATER has been organizing for already 30 years theater events for refugee children in asylum seekers’ centers in The Netherlands. Our foundation believes in the healing power of play, art and theatre. With our activities we allow children to have fun and to express themselves creatively, in short: to be a carefree child.

With the support of the Emanuel Snatager Foundation WOLKENTHEATER has organised cheerful theatre events in a number of Dutch shelters for abused women & children. Children in those shelters are victims of violence and are the refugees as well, just like children in asylum-seeking centres. Theme of the tour was a circus. Children were first able to participate in circus workshops and then attended a circus show.

Our intent was to get kids and mothers active, inspire teamwork and generate lots of laughter. We have succeeded, in our opinion, in all that. 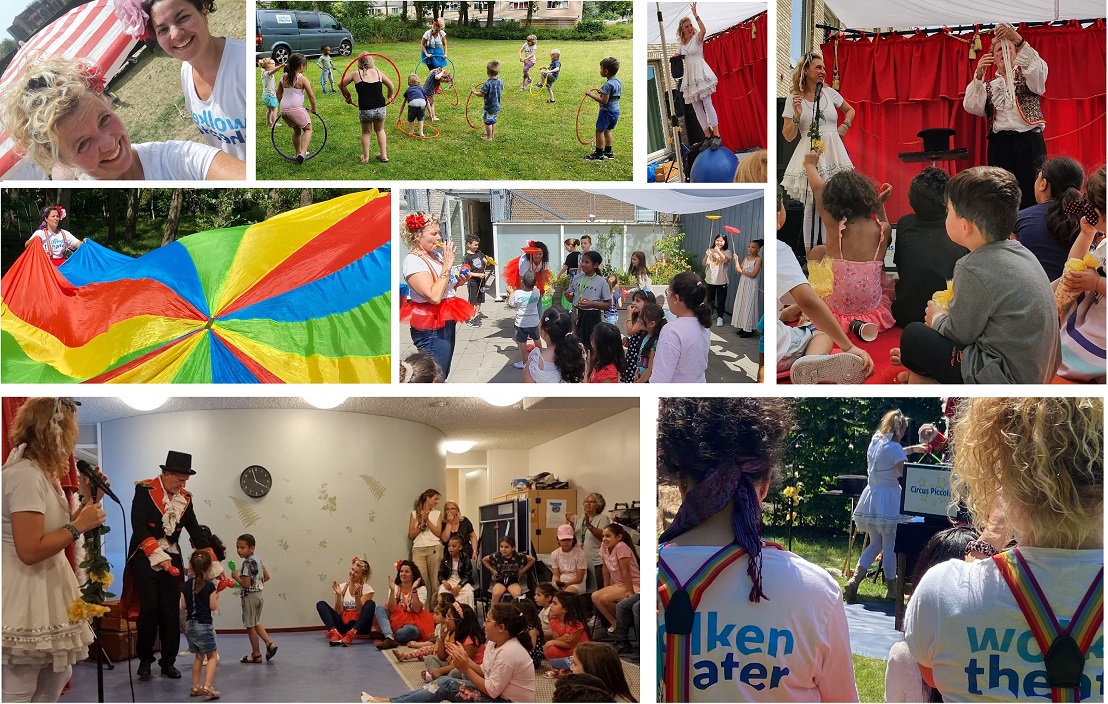 An important part of this project was evaluatieon with participants. This is the full text of what we got as a response.

Karlien van Eijck:
Are there more such activities you?
• No, not often, very rarely.
Can you say something about how you experienced it as employees?
• Very positive, we see clients and children enjoying and especially enjoying each other, which is very valuable in their situation.
What could be done differently/better?
• Maybe a little shorter, but don’t know if it’s still worth it.
Are you open to a sequel? And would you be willing to pay your own contribution for this?
• Yes, we are certainly open to a follow-up and depending on how high the personal contribution is, we are certainly prepared to pay it.

Sandra Boshuizen
Are there more such activities with you?
• We have Toetie Crew (event agency for children) once a year and Sinterklaas once a year
Can you say something about how you experienced it as employees?
• It was great for the kids. We saw how much they enjoyed it and that they participated without needing our support. They enjoyed and enjoyed participating in the workshop and performance. Every child was involved. It was nice to prepare the children with the coloring pages and of course the beautiful posters that we have hung.
What could be done differently/better?
• We have no to or comments.
Are you open to a sequel? And would you be willing to pay your own contribution for this?
• We would like to have the Wolkentheater on the Oranje huis once a year and are certainly willing to pay for this.

Seta Keroob
• It had been a very nice day. We would like to often organize such activities for clients and children. It was a good teamwork and everything went well. Tune in more about the supplies for next time. It would prefer to organize during the week next time, so that more clients and children are present. We are always open to such activities. Before payment, my colleague Phuong can answer your question. Thank you very much and see you next time.

• We do not have any activities of this caliber. We sometimes organize a bingo or a beauty evening or the like.
• The atmosphere was immediately good and the trust of children and mothers was quickly gained by the employees of the Wolkentheater. There was a friendly atmosphere throughout the performance and the faces of children and mothers showed that they were enjoying themselves. For example, at the beginning there were dances in a hoop in which the children actively participated and were remarkably concentrated all the time. Then the performance in which everyone remained focused and visibly enjoyed it.
• We couldn’t think of anything that could improve, it was just very successful.
• We are certainly open to a follow-up, even if a contribution is involved. You are most welcome to visit us again.

• Awesome. Something fun could be organized more often for the children here.
• It was really fun, you could also see that all the children really liked it. The workshops were also very nice, all the children participated.
• I really liked it. Thank you, you made my children happy. Really. The children laughed.
• The children were very happy, they had a lot of fun. I liked it very much.
• I liked it very much, very nice yes. I came from Nijmegen today, with 2 buses, but it was totally worth it. The kids are so happy. I don’t worry about the buses anymore because they are so happy.
• I liked it. The children were very happy. I really liked it myself, I don’t know he does the magic.
• I liked it a lot. I think it is especially suitable for young children, because they are still completely absorbed in the magic. The older kids think I see what you’re doing. But my daughter was open-mouthed to watch, she really liked it. She thought it was a bit exciting, the gentleman thought it was a bit exciting.
• Very nice. The workshops were perhaps even more fun than the performance. The show was of course also very nice. But the kids really enjoyed practicing on their own. There are never really such activities here.
• I liked it, nice set up. I liked the interaction the most, there was a lot of interaction. It was not just sitting still and obliged to watch, but just participating.
• It doesn’t really mean anything, it’s very simple. But the children are very happy.
• I really liked it, very original. Well equipped for all ages and also that all children could participate. The children had a part in the circus performance, which ensures that they enjoy it even more. I have seen my children really enjoy it. The children also really enjoyed practicing beforehand. Very nice to see how you do that, also how you deal with the children, very good. Nobody has to, and everything is allowed.

• Nice, I liked everything. Also that I was allowed to participate in the performance.
• I liked it, I had a lot of fun. I really enjoyed being able to participate in the show.
• I liked the circus. I liked dancing and drawing. I would like to join the circus myself. I’d like to be a clown.
• I really liked it very much. I really liked that I could play acrobat and that I could break the cucumber. I want to do magic myself now. I do want this to happen more often.
• I think this is the best day ever!
• I liked it very much. I liked the confetti at the end and that we got a nose.
• I really liked it, super fun. There were lots of things to play with. I thought the circus was very funny, and also that we were allowed to help. I also liked to draw and to practice for the circus. I liked everything.
• Nice. Funny. I liked magic. And funny the trick with the sword in the mouth.
• I liked it when that gentleman started to juggle those rings together.
• Nice. I laughed.
• I liked practicing.
• I liked being on the ball the most.
• I liked practicing the most.